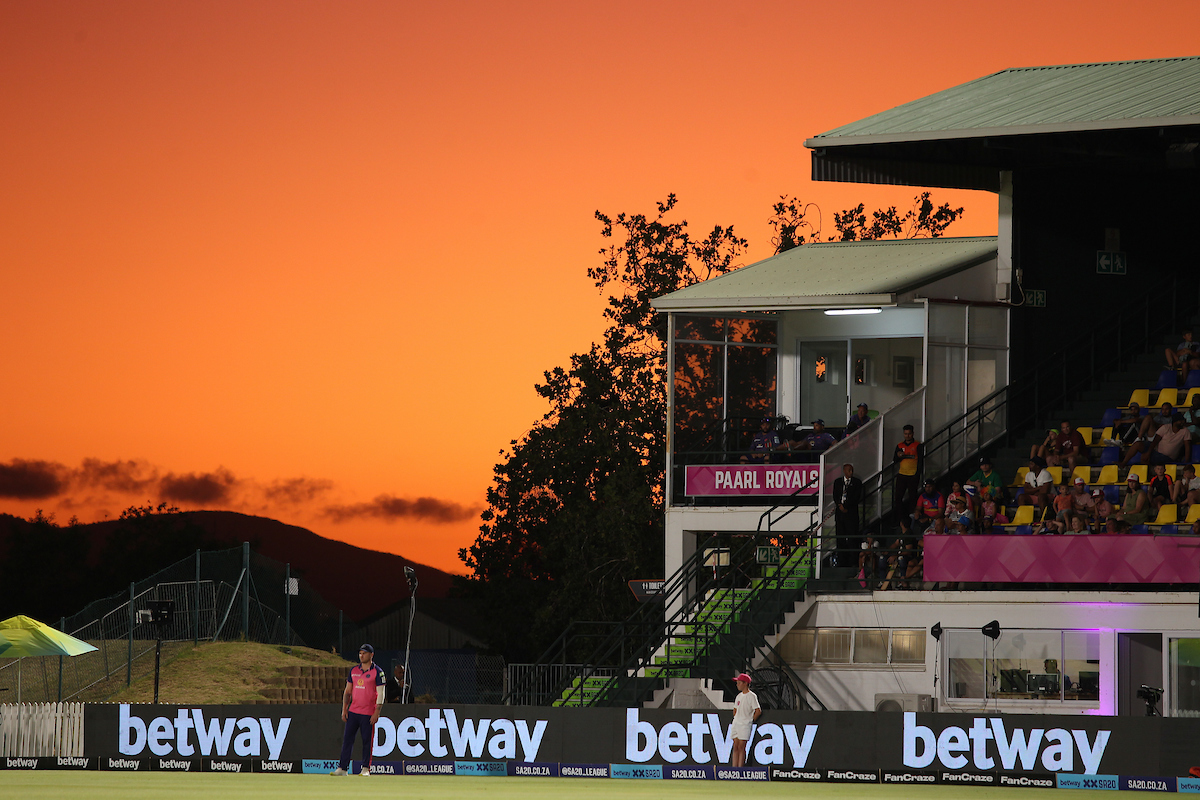 The Sunrisers Eastern Cape became the first team in the Betway SA20 to achieve a hat-trick of wins when they overcame the Paarl Royals by five wickets at Boland Park.

After a slow start to the competition, the Eastern Cape side have gathered momentum to move into second position on the table.

The Royals may pride themselves on their spin bowling prowess, but it was the visitors that out spun the home side. Captain Aiden Markram (2/21), Roelof van der Merwe (2/21) and Brydon Carse (2/29) combined to claim 6/71 in their cumulative 12 overs to restrict the Royals for 127/7.

The Royals were in trouble from the outset after Sisanda Magala, who was recently called up the Proteas ODI squad for the upcoming series against England, had dangerman Jos Buttler brilliantly caught by a diving Carse at mid-on.

From there on the Sunrisers spinners dominated proceedings with only Wihan Lubbe (28) and Corbin Bosch (20) managing to make an impact on the scoreboard.

The Sunrisers reply started in positive fashion through Adam Rossington and Jordan Hermann. The latter was making his Betway SA20 bow and made an impact with 43 off 39 balls, while Rossington compiled a rapid 20 off just 12 balls.

Lungi Ngidi provided some early hope for the Royals with an impressive new-ball spell when he struck with successive deliveries to remove Rossington and Sarel Erwee.

Hermann and captain Aiden Markram then restored parity with a 53-run partnership to set the Sunrisers on course for victory.

However, there was a further sting in the tail when Bjorn Fortuin claimed three wickets in an over to give the Royals and the buoyant Boland Park crowd hope.

Fortuin was excellent again on the night on his home ground to finish with 3/20, but he could not prevent Tristan Stubbs (18 not out) and Marco Jansen (21 not out) taking the Sunrisers home.