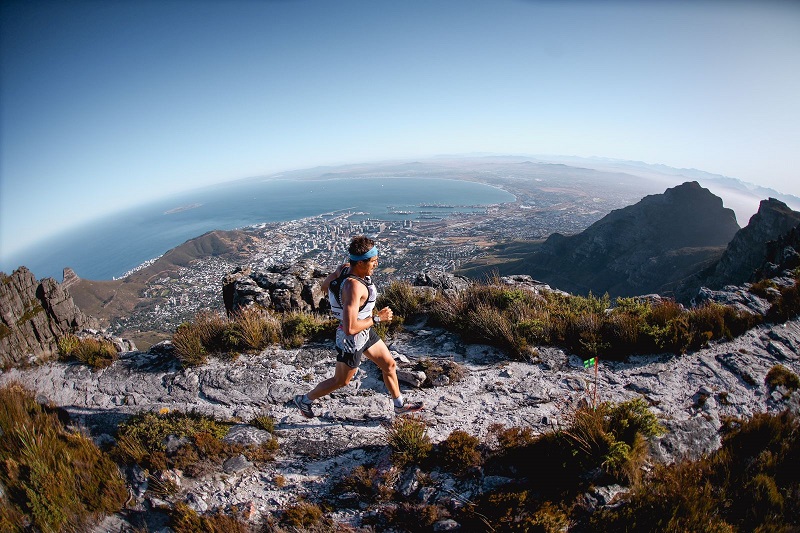 The 2022 edition of the RMB Ultra-trail Cape Town (RMB UTCT), South Africa’s premier festival of trail running, wrapped up in Cape Town on Sunday 27 November after three days of tough, exciting racing from some of the world’s best. Powerful performances from the South African women in the inaugural 100 miler saw Kerry-Ann Marshall (from Cape Town) and Naomi Brand (now living in New Zealand) cross the finish in second and third place among the women, achieving an incredible fifth and sixth place overall.

This new flagship race of the established RMB UTCT  adds to the other race formats: a 23km, 35km, 55km, 100km. The 100km race is now firmly on the international ultra-trail calendar, with the 100 miler sure to attract an even bigger field next year.

The 166 kms with 7516m of vertical gain covers most of the 100 km course, up and across Table Mountain and down to the Atlantic Seaboard, moving to the southern Peninsula mountains, the flowing trails from Silvermine to Kalk Bay, Simon’s Town and Kommetjie, then back to the front face of Table Mountain via the Constantia winelands and Cecilia and Newlands forests.

Fotis Zisimopoulos was untouchable from very early on in the race, finishing in under 21 hours (20:48:17). Aleksei Tolstenko (Neutral) and Elov Olsson (SWE) were second and third respectively. The top six positions included the women’s podium, with American Hillary Allen taking fourth place overall in the women’s race, with Marshall in fifth as the second woman, and Brand finishing sixth overall as the third placed woman.

The common theme amongst the runners in both the 100 km and the 100 miler, was the challenge of the technical trails. Zisimopoulos says: “The paths were totally technical, you have to do big steps for the rocks, and the plants make it more difficult. But this is the mountains and why we do this, otherwise you should just run on the road. This was a race to remember.”

Aleksei Tolstenko (Neutral) 21:30:17 and Elov Olsson (SWE) 22.30:11 ran much of the race crossing each others paths, but Tolstenko managed a small breakaway around Chapmans’s peak and was difficult to catch, as Olsson says, he was stronger on the technical descents such as Llandudno Ravine.

Hillary Allen (USA) 24:55:22 and the Dutch athlete Ragna Dabats ran out fast together from the start, but Dabats withdrew at Kalk Bay (74 km), leaving Allen to maintain a strong lead in the front of the women for the rest of the race. Kerry-Ann Marshall (RSA) 25:39:21 ran conservatively behind Brand and Nicolette Griffion, another South African, who withdrew at the 140 km mark at Constantia Glen. Marshall surged later in the race to pass Brand.

Hannes Namberger (GER) and Dmitry Mityaev (Neutral) crossed in joint first position in 10:45:35, after running much of the race together. With 10 kms to go they agreed to remain together until the finish. Drew Holmen (USA) was third after a close race between him and Jared Hazen (USA) who was fourth.

Runner safety was prioritised when a fire above Imizamo Yethu in Hout Bay threatened to get out of control due to strong winds. 93 runners in the 100 miler and 71 runners in the 100 km race were rerouted and then shuttled from Hout Bay to Constantia Glen. Avoiding any potential risk to the safety of runners, all were able to continue with the race.