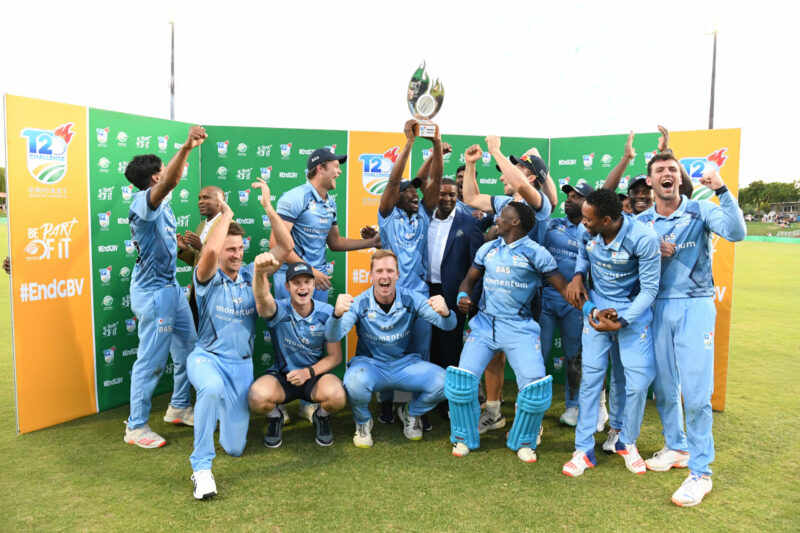 Dolphins had won the toss and opted to bat first when Ayabulela Gqamane’s first ball dismissed leading run-scorer, Grant Roelofsen, without any runs.

Keegan Petersen (63 off 51) and Jon-Jon Smuts (69 off 50) remained calm and combined for a century to set the Dolphins up for a competitive total. Petersen’s knock consisted of six boundaries and two maximums whilst Smuts blasted eight boundaries and one maximum.

A brilliant penultimate over from Dayyaan Galiem, which only conceded three runs saw the departure of Smuts. Jason Smith (21* off 7) and Andile Simelane (8*) played well in the end to see Dolphins on 162/3 in 20 overs.

With the target set on 163 runs, the Tshwane-men paced their chase well to reach the required score with two balls to spare.

The Dolphins were well within their defence when Daryn Dupavillon (2/34) dismissed openers, Dewald Brevis (2), and Jiveshen Pillay (18)within powerplay. Theunis de Bruyn (32 off 19) and Sibonelo Makhanya (13) were caught by Eathan Bosch going for maximum points. Neil Brand (18 off 19 ) was caught and bowled by Smuts and Titans slipped to 98/5 in 14 overs.

Donavon Ferreira (40 off 25) and Dayaan Galiem (32* off 22) played the crucial knocks which took Titans over the line. The pair combined for 63-runs in the final five overs to take the match to an exciting finish. Ferreira was run out in the final over with Titans needing three from three. On the next delivery, Galiem smashed a boundary to end the innings on 165/6 and Titans were crowned champions of the CSA T20 Challenge.