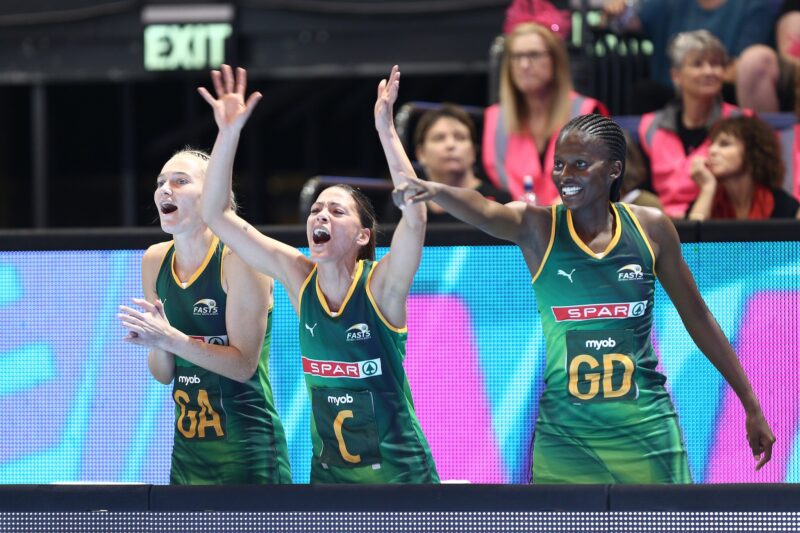 The 2022 Fast5 Netball World Series took place over the weekend of the 5th and 6th of November in Christchurch, New Zealand. South Africa has participated in all the seven editions of this tournament with their highest finish was back in 2012 when the team finished third.

After a four-year hiatus the Fast5 Netball World Series made its return, it was last played in Melbourne, where South Africa finished sixth.

The SA Fast5 team went into this competition with a new coaching team -Martha Mosoahle – Samm and Erin Burger were recently appointed as Head Coach and Assistant Coach respectively and this was their first assignment.

The coach assembled a team of players who have never played international Fast5 competition and Jeanie Steyn was named the captain of this team, and this made her the sixth player to lead the team in twelve years.

The team came into this tournament wearing the tag of underdogs however they did not play like underdogs because on the first day of the tournament they recorded two wins and one loss. South Africa’s opening match was against England, a game they won 32 – 26.

Second match was a tough encounter against the Aussies, and they lost that match 19 – 25, however this loss did not deter the team in anyway because they pulled the biggest comeback later in the day when they faced Jamaica. South Africa came from behind to record their second win of the day when they beat the Sunshine Girls 28 -27.

Day two of the competition saw South Africa face New Zealand, a team that they have never beaten before in this format – they got this monkey of their back and came up victorious on the day winning the game 38 – 37.

The last match was South Africa taking on Uganda in an all-Africa affair, both teams needed to win to secure a date with Australia and its South Africa who did that by edging Uganda 27 -22.

Only two nations have won this tournament in seven years and none of the teams going to the finals had won it before. It has always been New Zealand and England who have won it.

2022 would have new champions and it was Australia who clinched the title after beating a very feisty South African side 34 – 20 at the end of the competition.

At the end of the competition, this is what head coach Martha Mosoahle – Samm had to say “the tournament was great and competition between teams on another level, as a team we are very privileged to have been part of this tournament. Making it to the final was a blessing on its own and I am proud of my players.”

“The girls stepped up to another level whenever they were called up, we always had to dig deep to get maximum points. I am really proud of this team. I am happy for the players, the team, and the country. Now everyone surely knows who we are – this was important especially ahead of the 2023 Netball World Cup.”