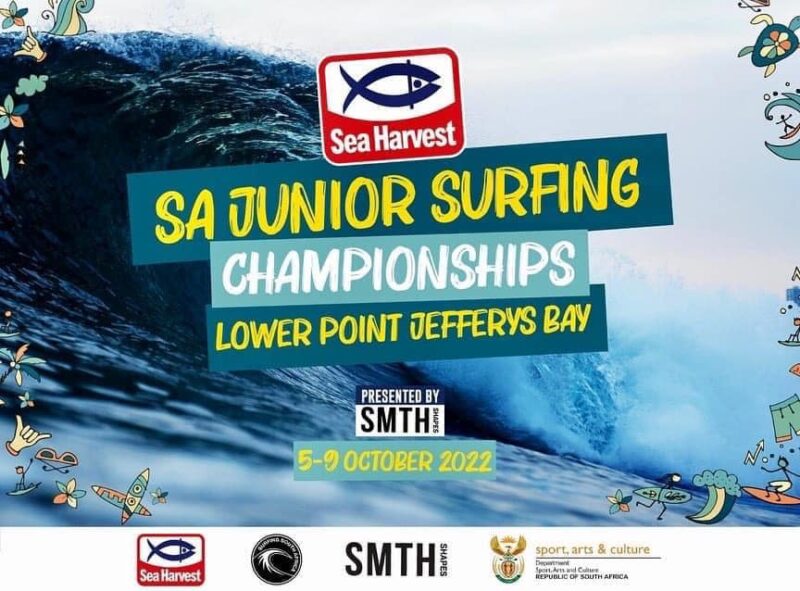 Light offshore winds and small but clean swell revealed itself at first light this morning at Lower Point in JBay for day 2 of the SA Junior Champs. First in the water were the U16 Girls. Standouts of this very competitive division included Chloe Ribbink (Ethekweni) 12.83, Gemma Hanafey (Buffalo City) with 12.50 and Anastasia Venter (Cape Winelands ) with 12.63.

The U14 Girls division saw some excellent surfing from the likes of Louise Lepront (UGU) 15.33, Remi Fourie (Cape Winelands 15.33 and Emily Jenkinson (Cape Town Surfriders) 12.50. The girls pulled off powerful turns on the small wave faces and did enough to impress the judges and advance to the next rounds.

Young Ben Esterhuyse (Cape Town Surfriders) had a brilliant heat in the U12 Boss division, banking a 7.17 and a 9-point ride for a heat-winning total of 16.17. He left all three of his opponents needing a combination of waves to catch up to him. Ben put on a virtuoso performance on his backhand, surfing with power and flow to get the best scores of the round. Mikey Todd (Cape Town Surfriders) was another U12 surfer who impressed, winning the second heat of the round.

By the time the U18 Boys hit the water for their Round 2 heats, just after lunch, the swell had dropped considerably, and it was a struggle to find any good waves linking up all the way through. The top scorers for this round were River Gericke (Eden) with 15.33 points and Steven Steyn (Eden) with an 11.00 points tally.

Ollie Boucher, representing Nelson Mandela Bay Surfriders, vindicated his team selection with a solid performance in the first heat of the U16 round 2 with a heat win. Blake Crankshaw from Eden also put on a strong heat win in his heat with a total of 10.67 points.

The day finished with the second round of the Boys U14 division. David Moussouris (Nelson Mandela Bay) won his heat, as did Malachi Wolmarans from Buffalo City. Adam Faclier, representing Cape Town Surfriders, strode into the lead of his heat with an impressive 13.33 points and advanced along with Jesse Olivier from Eden. The upset of the division saw one of the U14 favourites, Matt Canning, eliminated from the event after failing to get a decent second scoring wave in his heat.

In the Loud and Proud Team Spirit award, awarded to the team with the most spirit at the event, Eden and Nelson Mandela Bay showed the most gees. Still, it’s a 5-day event, and the team which keeps up the spirit over all five days will be the eventual winner of this award.