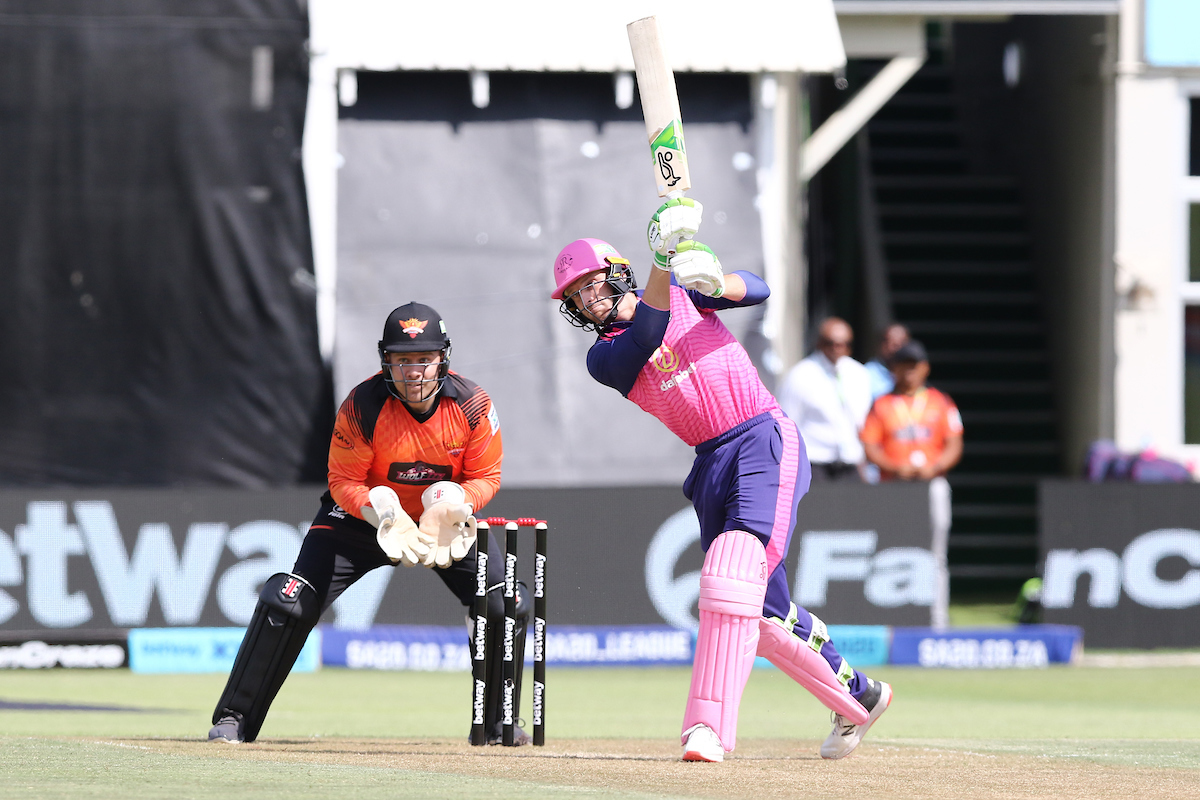 The Paarl Royals relied heavily on their senior players to fashion a five-wicket victory over the Sunrisers Eastern Cape in their Betway SA20 clash at St George’s Park in Gqeberha on Tuesday.

The tournament’s leading run-scorer Jos Buttler stroked 51 – his third half-century of the competition – before captain David Miller bludgeoned 37 not out off just 23 balls at a critical juncture to take Royals over the line.

The batting heroics followed a superb bowling performance that was led by the Royals’ Proteas duo Lungi Ngidi and Andile Phehlukwayo.

The latter was making his Betway SA20 debut and immediately showed his experience and knowledge of the conditions to produce a superb spell of 2/26.

Ngidi has been in good form throughout the competition and continued in this vein as he led the attack with equally miserly figures of 1/21.

Evan Jones was also never going to miss out as he grew his tally of tournament wickets to 12 after another impressive 2/27 as the Royals restricted the home team to 130/7.

Only Jon Jon Smuts played with any form of freedom as the veteran all-rounder struck 65 off 49 balls.

Although the Sunrisers’ total was below par, the match was still evenly balanced heading into the decisive 18th over when the Royals still required 30 off 18 balls.

But that was when Miller went into overdrive by smashing Sisanda Magala for three sixes in the over. Dane Vilas added a further boundary off the final delivery as the Royals took 25 runs off Magala’s over.

This left the Royals requiring just five runs off the remaining 12 balls and the Royals were virtually home.

Both the Royals and Sunrisers are now locked on 17 points in second and third place respectively on the Betway SA20 table.