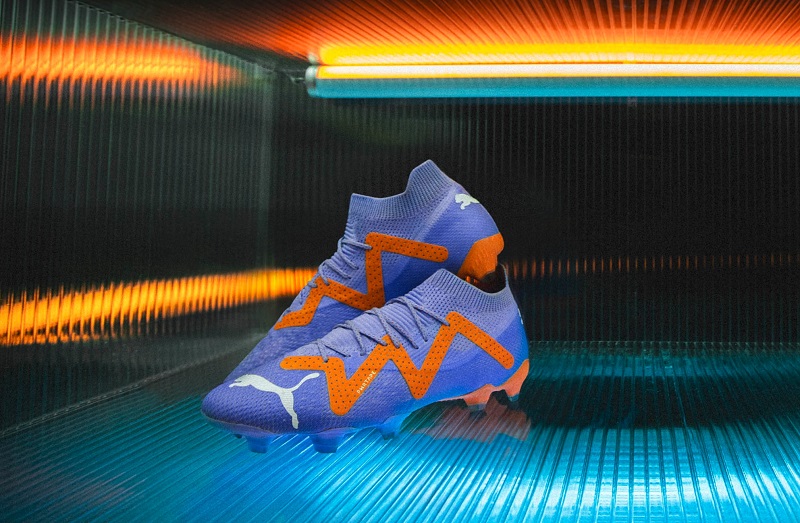 PUMA has today launched the next evolution of the FUTURE football boot franchise. Taking you into the future of football, PUMA will launch the new boot at a special FUTURE World event in Paris. The launch event will be hosted by Neymar Jr. as he looks for the next future star of the game and hopefuls from around the world get the chance to compete in front of the Brazilian superstar to become PUMA Football ambassadors for 2023.

The FUTURE football boot stands for future of innovation and technology. The boot is all about pushing the boundaries of what can be done on the pitch, all whilst doing it with style. The new FUTURE implements a radical new redesign engineered for ultimate agility. The new edition features an innovative FUZIONFIT360 dual mesh upper and integrates PUMA exclusive PWRTAPE technology to enhance support for a space-age adaptive fit, so you can focus on driving the opposition crazy, whether you’re playing with or without laces.

“The introduction of the PWRTAPE technology is an exciting innovation. The placement of the PWRTAPE is based on strain data collected from measuring strain forces on the upper of the boot during a variety of key football movements that include accelerating, running, cutting and kicking,” said Florian Nemetz, Senior Product Line Manager Teamsport Footwear. “The PWRTAPE has then been integrated in a zig-zag pattern to provide targeted support in the high strain areas. This provides our athletes with optimal support with an ultimate locked in fit so you can move without constraints when performing key movements on the pitch.”

To allow athletes to unlock their creativity, the FUTURE features engineered 3D textures placed in key contact zones to enhance ball grip and control when passing, dribbling, and finishing. Another new upgrade to the FUTURE is an all-new plate that includes a split composition designed for ultimate traction and stability.

The Dual-Density Motion System Outsole is made up of a PEBAX composition in the heel for stability and explosive energy transfer with a flexible TPU composition in the forefoot for enhanced flexibility when making sharp changes of direction. Paired with a lightweight Nano Grip sockliner insole, the technology minimizes foot slippage inside the boot, allowing you to maintain power transfer for explosive movements.

“The FUTURE continues to evolve. I need a boot that feels comfortable and allows me to move with speed in all directions. The new FUTURE feels even more supportive and adaptive which helps me to make quick cuts when dribbling with the ball, so I can play without restraint,” said Neymar Jr. “The launch of the new boot is also a beautiful moment because we are looking to find the FUTURE of the game by giving anyone the chance to compete in our FUTURE challenge to become a member of the PUMA family.”

Made for her, the new FUTURE Women’s fit has based the volume and instep height on the anatomical shape of a women’s foot for a high performance fit that puts women first.