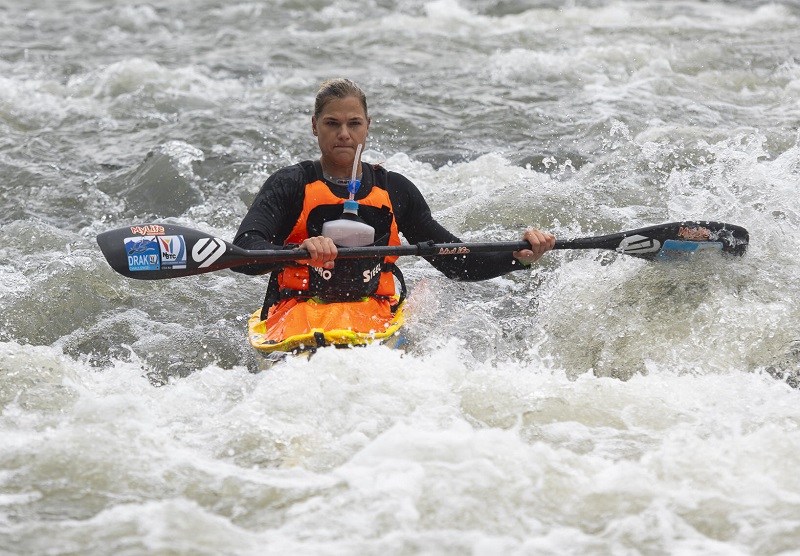 Olympic sprint medallist Bridgitte Hartley will return to the foothills of the Southern Drakensberg for her seventh N3TC Drak Challenge on 28 and 29 January with a totally new outlook on the challenging two-day canoeing race on the uMzimkhulu River.

Since she started taking river marathons seriously she has been a continual threat to the women’s podium, with a second and three third place finishes in the last five editions of the race, but the prized Drak women’s title has somehow eluded her.

After her debut in the full river in 2004 as a river novice Hartley then made an impressive comeback to the event when she finished runner-up to Abby Solms in 2017, and has not missed a Drak Challenge since then and featured on the women’s podium four times.

A determined competitor Hartley does the hard yards tripping the river prior to the race and learning the subtle lines that separate the champions from the other serious contenders, and she is sure to do the same in the build-up to the next Drak at the end of January.

However adding a new spring in her step is her enthusiasm for coaching the talented group of paddlers from Maritzburg College that are also hoping to make an impression at the event.

“I am really enjoying coaching the College boys, and we have the Drak Challenge and the Dusi as priorities this season,” said Hartley. “It adds a new dimension to my Drak experience this year.”

The 2012 London Olympic 500m women’s K1 bronze medallist has had a very busy year, assuming a key role as the chair of the athletes commission at the International Canoe Federation, while maintaining her high level of river marathon racing.

She won the national K1 river crown in impressive fashion at the recent Fish River Canoe Marathon, establishing herself once again as a serious Drak title contender.

While she shrugs off the bad luck that has dogged her over the years, preferring to list them as learning experiences and heaping praise on Abby Solms and Jenna Ward who have shared the last five Drak women’s titles, few will forget her 2020 charge.

After a miserable first stage that left her way back in sixth place, Hartley posted the fastest women’s time over the tough final stage as she charged through the field to edge Tamika Gandar off the women’s podium.

With a passionate fondness for the uMzimkhulu River and the Underberg community, a relaxed and engerised Hartley will travel up the R617 with her contingent of Maritzburg College hopefuls as a serious contender to return to the women’s podium