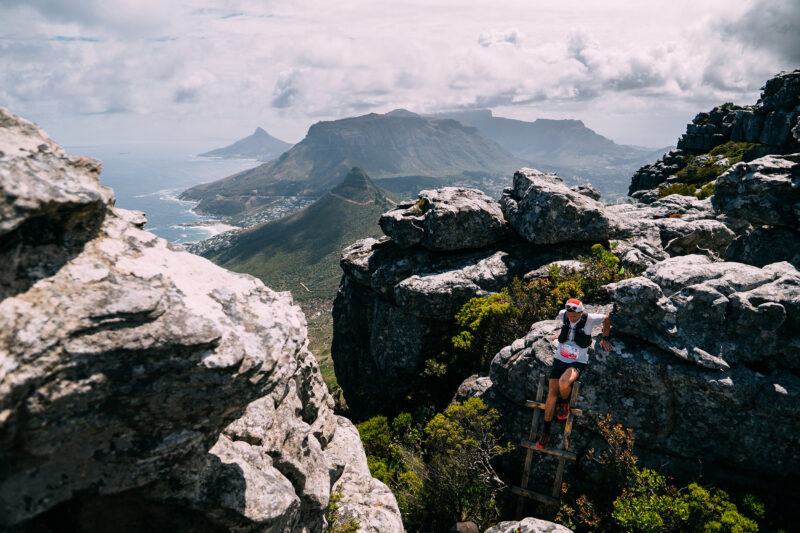 South Africa’s premier trail running event, RMB Ultra-trail Cape Town (RMB UTCT) is less than one month away, and as the event draws near, a long list of international elite trail runners have confirmed their entries and made their travel plans to South Africa.

The race now features prominently on the international race calendar, with five different race formats over the weekend of 25-27 November, a 100km, 55km, 35km and 23km, and this year sees the introduction of a 100 miler race. Covering 167 kms over Table Mountain and across the Peninsula, the 100 miler takes runners to Simon’s Town and back onto Table Mountain to the finish in Oranjezicht.

A number of factors have contributed to the event’s success and growth since 2014, not least of which is the live broadcast of the 2021 event that has been viewed close to 50 000 times on YouTube. Not only does this broadcast enable ultra-trail fans worldwide to follow elite runners step-by-step during the race, it gives a detailed view of what Cape Town has to offer on the trails of Table Mountain and surrounds, encouraging visitors to the city year-round.

Trent Key, Managing Director of at Moonsport, oversaw the over 11 hours of live coverage that was streamed around the world, and says the broadcast was a step up in trail running broadcasts: “Events like Ultra-Trail Mont Blanc are at the forefront of live coverage in trail running, and RMB Ultra-trail Cape Town has now joined prestigious events like that by providing real-time visuals from the 100km race route.”

The ground-breaking use of Signal over IP technology headed up by Wayne van Schalkwyk, Chief Technical Officer of Helium (Moonsport Remote Broadcast business unit), involved some of Cape Town’s top local runners ‘chasing’ the lead runners on technical trails while carrying a camera pack with bonded sim card encoders, providing a strong signal where the average cell phone would get no reception.

The result was an exciting live account of the race viewed anywhere in the world, following directly behind elite runners and experiencing the route first-hand. Chloe from Colorado said: “Best feed, video and graphics I’ve seen for an ultra-trail. Really technical and general coverage. I felt like I was there from my home in Colorado, USA.”

Another element in raising the profile of the race internationally, was the presence of last year’s winners of the men’s and women’s 100km race, icons of ultra-trail from the United States Jim Walmsley and Courtney Dauwalter. Walmsley broke the record set in 2017 by Prodigal Khumalo, and Dauwalter, who regularly places top ten overall on the international ultra-trail circuit, was the 8th runner overall across the 2021 finish line.

Frenchman Sebastien Spehler who placed second at RMB UTCT 100km last year, will be back, and says he looks forward to returning to the race with last year’s experience: “I really enjoyed RMB Ultra-trail Cape Town, the atmosphere, the landscapes, the diversified route. This race in 2021 is an awesome memory, that’s why I’m looking forward to running here again. I didn’t expect such tough sections on the route. The elevation on the profile is not really high but the race is harsh for the legs with lots of technical sections. This is an important race in the world of trail running, but I felt a friendly atmosphere, like a family..”

In the inaugural 100 miler, Hillary Allen from the United States and Dutch athlete Ragna Debats will be strong contenders in the women’s race, and will be joined by Russian Dmitry Mityaev, Gregoire Curmer from France and Elov Ohlsson from Sweden in the men’s race.

Stuart McConnachie is the Race Director of RMB Ultra-trail Cape Town: “Our vision for RMB UTCT is becoming a reality and we could not be more thrilled. The event’s profile has been raised hugely by the interest shown by top international runners, but we are also proud to be presenting a world-class event to our local runners and the Cape Town trail community. Bringing RMB on board as a title sponsor this year will enable further growth and development of the race, and the sport of trail running in South Africa.”