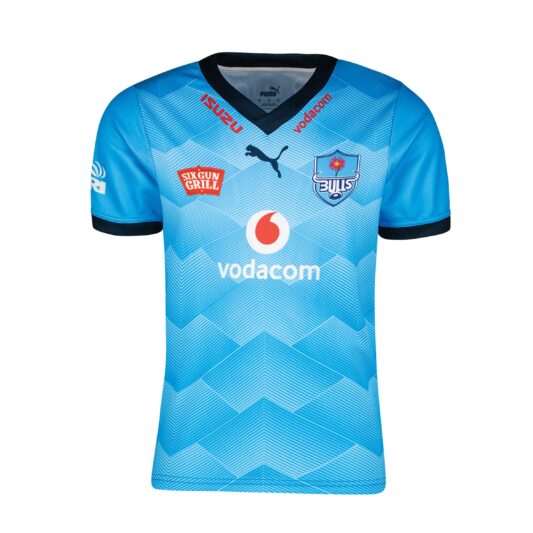 The new 2022/23 Vodacom Bulls Home and Alternative kit celebrates a decade of PUMA x Vodacom Bulls with a modernised version of the Smash kit from 10 years ago.

The Home jersey is in sky-blue, while the Alternative kit marks the return of the provocative but top-selling pink jersey which debuted in February 2012. The Bulls and sponsors logos are monochrome to add to the unique look and feel of the Alternative jersey.

“The Smash 2.0 kit design honours our history together – 10 years of breaking the rules and breaking new ground. While reminding us all to keep smashing into the future,” said Brett Bellinger, Marketing Director of PUMA South Africa.

“Our kit designs began with the Smash and Die Blou Masjien has since gone into battle in camo, starred in Taurus, and proudly worn the pink. We are confident the new jersey will inspire the players and fans to always give it horns whether at away games or home at Fortress Loftus.” 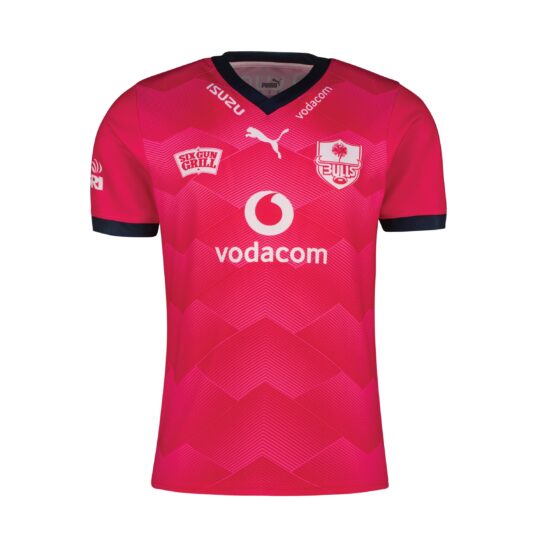 The campaign video for the new kit highlights PUMA Vodacom Bulls jersey designs from the past 10 years and celebrates Bulls fans, players and that very traditional Loftus experience – boerie rolls!

Vodacom Bulls CEO Edgar Rathbone said: “It is not often that two world-class brands are able to celebrate and commemorate such a milestone as a decade of partnership. The Vodacom Bulls are certainly proud to be associated with a leading brand such as PUMA, who have provided some of the best kits in rugby over the past 10 years.

“We are most excited and proud of the new Home and Alternative kit we have produced to mark this significant milestone. We would like to thank PUMA for the decade long partnership, and we look forward to many more years together.”