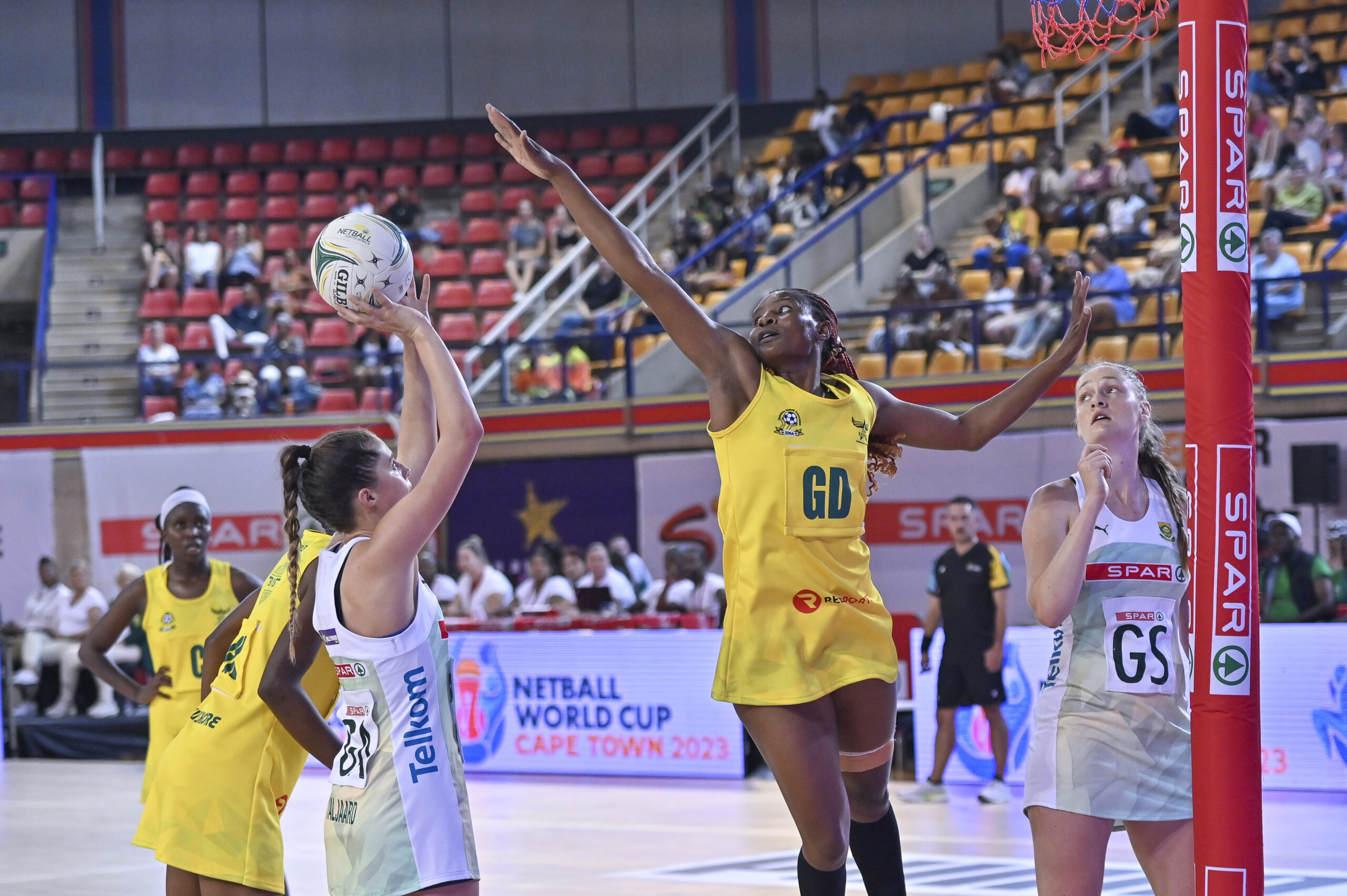 The SPAR Proteas overpowered Zimbabwe 72-37 in their second match in the SPAR Diamond Challenge in the Rembrandt Hall at the Tuks Sports Centre on Wednesday.

Coach Norma Plummer made sweeping changes to the line-up, with captain Bongi Msomi (wing-attack) and goalkeeper Phumza Maweni the only two players who started in the opening match against Scotland on Tuesday.

Plummer said she wanted to give as many players as possible valuable match-time.

South Africa dominated throughout the match. By the end of the first quarter they were 20-9 ahead and they continued to exert pressure as the match continued. They led 38-17 at halftime.

The SPAR Proteas played a fast game and the Zimbabwe Gems struggled with the pace, but they put up a good fight against a team ranked well ahead of them in the world rankings.

SPAR Proteas assistant coach Dumisani Chauke said she was pleased with the way her team had stuck to the game plan throughout the match.

“We knew Zimbabwe would come out guns blazing and that it would be a very physical game,” said Chauke.

“Their netball is improving but we were able to counter anything they threw at us.

“We had the luxury of being able to play some of the youngsters and we were very pleased with the way they played. We decided to try Refiloe Nketsa at centre and she did so well she was named player of the match.

“All 15 players have had time on court now,” said Chauke.

“We wanted to go hard against Zimbabwe,” said vice-captain Maweni.

“We weren’t so worried about the score, but every player on the team had their own goals and I think they achieved them.”

Zimbabwe assistant coach Wisdom Shinya said he was very happy with his team because they had followed their instructions.

“We managed to use almost all of the bench players and the new kids on the block did well,” he said.

“We need to work on our speed. South Africa were too fast for us and we need to get that right before the World Cup next year.”

Captain Felistas Kwanga said she was very proud of her team.

“I was particularly proud of Thandazile Ndlovu, who replaced me as goal defence in the final quarter. She’s only 19, but she’s scared of nothing,” said Kwanga.

In the second game of the day, the President’s XII beat Scotland 49-48 in a hotly contested match.

Karen Atkinson, assistant coach of the Scottish Thistles, said it was a disappointing result, but the team had learned a lot from the game.

“We really wanted to win this match, but we also wanted to try out different combinations. The players were put under a lot of pressure in a goal for goal match,” said Atkinson.

“We are learning a lot about the African style of play.”

Captain of the day Iona Christian said she was proud that the team had shown a lot of fight.

“We are desperately disappointed, but we fought right until the end,” she said.

“We’re a very young team and our inexperience showed today. But it was a great learning curve – it’s not often you get to play a goal for goal match,” said Christian.

Kamogelo Maseko of the President XII was named player of the match.

Thursday is a rest day. On Friday, Scotland take on Zimbabwe and the SPAR Proteas play the President’s XII. The final will be played on Saturday.